Monasteries with a colourful past

'House on the Hill'

Like many settlements, Sittard arose at a place where a road and a waterway met. Because of the unpredictability of the stream, the people here established themselves on the slope, or siter, above it, and it is from this word that the city takes its name.

Around the year 1000 AD, the settlement of Sittard consisted of the fortified residence of the lord, situated on a hill, an outer bailey (which was in effect a farmstead), and the settlement itself, being a few houses clustered around the church. The house of the lord of Sittard stood at what is now the corner of the Old Market Square, where today you find the oldest section of the Monastery Quarter. On that spot, the 'House on the Hill' was later built.

The Monastery Quarter actually consists of what was once two different complexes, the monastery and the convent. Through a number of expansions through the ages, the Dominican Monastery and the adjacent Convent of the Ursuline Sisters gradually grew into one large complex. They are exquisite, and well worth a visit. 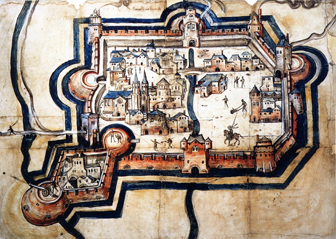 Over the years, the seventeenth century Dominican Monastery has housed a number of educational institutions, such as the Collegium Albertinum (1632-1797) and the Aloysiuscollege (1851-1900). Both were highly renowned in their day. This spot on the Old Market Square has an architectural history dating back to the thirteenth century.

Convent of the Ursuline Sisters

In 1843, the Ursuline Sisters occupied the seventeenth-century House on the Hill on the Old Market Square. Here they began a boarding school for young women from Sittard and the region. Their tutelage prepared 'young ladies blessed with adequate capacities' to be able to 'move in the more elevated circles of society'.

The sisters not only provided secondary education, but also covered primary schooling, kindergarten, and even classes in sewing, knitting, and darning. Through their teaching, the Ursuline Sisters were a major force for women's emancipation in the region for over a century. They had a hand in the founding of the secondary school for girls, and in 1949 they established the accredited preparatory school that for the first time made it possible for girls from Sittard and environs to pursue higher education. From their convent on the Old Market Square, they were also able to found other convents around the world, including in London, Batavia, and South Africa. The spot on which they established themselves in the mid-nineteenth century has a history of architecture going back to the eleventh century.

Future of the Monastery Quarter

The constellation of seven designated national heritage buildings is now being transformed into a complex for today, with luxury apartments, a four-star hotel, fine dining, recreational facilities, small-scale boutique shopping, and designer office space. Respect for the past is being distilled into strength for the future. 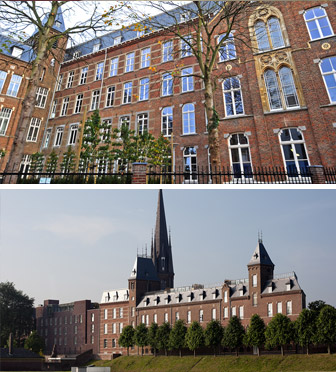 In the Middle Ages, the defensive walls of fortified Sittard were surrounded by the firing range: an open space that the artillery used in the event of the threat of attack, as well as to keep clear lines of sight around the city. It was for this reason that no building was allowed in this area. After the destruction of Sittard in 1677, the firing ranges became allotments, and later they were built on. But since then, most of that construction has been demolished to restore this area to something of its historic state. Today, it is a lovely park-like fringe around the historic city centre, from which you can enjoy the view over the city wall and across the city centre with its exquisite churches, monasteries, and other historic buildings. 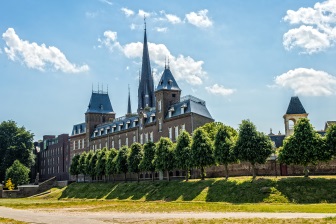 Abshoven Monastery was built in 1717 as a farmhouse. The area around it also came to be known as Abshoven. At the beginning of the 20th century, the abbey farmhouse grew into a full-fledged monastery. Beginning in 1901, the imposing building also housed a convent with an orphanage, known as Huize Abshoven. In 1995, after the building had been empty for some time, a fire destroyed much of the complex. It fell into disrepair, but since then the exterior of the chapel and monastery have been fully restored. Since June 2014, this historic building has been full of life once again, and the monastery church has been tastefully transformed into the charming Brasserie Abshaove. 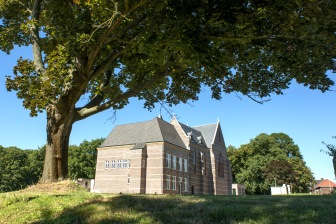