This fourteenth-century watermill is just beside the idyllic City Park. After a restauration in 2003, the mill started generating power for the local area. The mill now hosts a restaurant called De Vief Heringe. The history of the Ophovenermolen goes back to 1348. In those days, it was used as a grain mill as part of the Ophovenerhof opposite. It was later used as an oil mill, and in the nineteenth century it was refitted again, this time for grinding barley. The garden area has a lovely view of the City Park and the winding Geleen brook. If the sun is shining, the City Park is alive with all kinds of visitors: locals, tourists, fishers, couples, cyclists, parents with their children's buggies, children playing, and teenagers playing football. You can admire such scenes from the Ophovenermolen with a plate full of sweet delicacies. 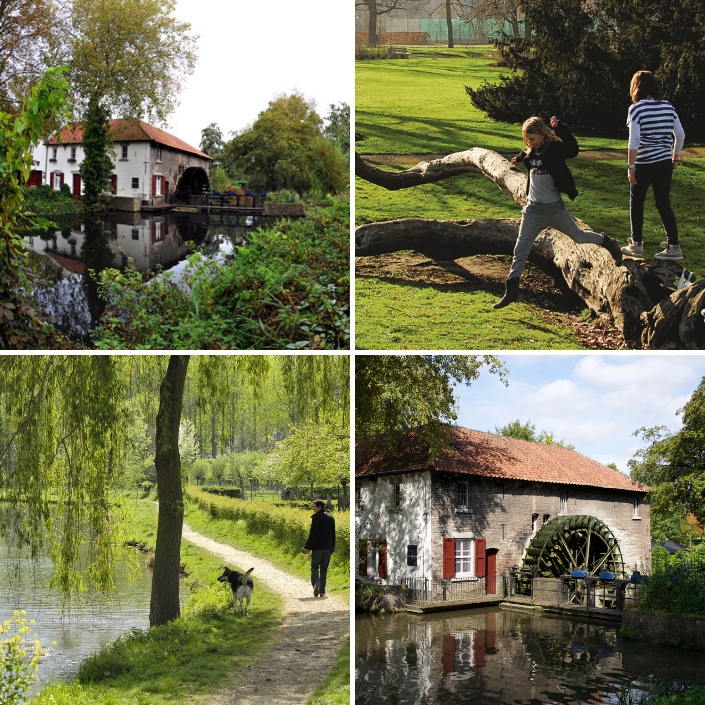 On top of the Kollenberg, just outside the historic city centre, is the beloved Sint Rosa Kapel (St. Rose Chapel). This charming chapel has a long and rich history. Rose of Lima is said to have freed Sittard from the grip of the black plague in 1671 and as a result, was made patron saint of the city. The people of Sittard built the St. Rose Chapel to thank her. On the final Sunday of August, the people of Sittard hold a ceremony in order to thank St. Rosa for driving out the plague. The St. Rose procession walks from Saint Michael’s Church on Sittard’s market square to the St. Rose Chapel. This special tradition is a beautiful example of Sittard folklore in action.

At the edge of the city, bordering on the Schwienswei nature area, you will find the historic watermill Stadbroekermolen. William, Duke of Jülich-Cleves-Berg granted permission for the construction of this watermill in 1582. In 1846, it became the property of the Roufs family. They sold their wheat and rye flour throughout South Limburg, Belgium, and Germany. In 1907, they replaced the water wheel with a turbine and milling system. Having fallen into disrepair by the end of the twentieth century, the mill and its water-driven mechanisms were restored to their former glory in 1990. Today it is a charming location for parties and meetings. On Sundays, you can drop in for a tour and a delicious slice of vlaai, Limburg's favourite sweet tart. 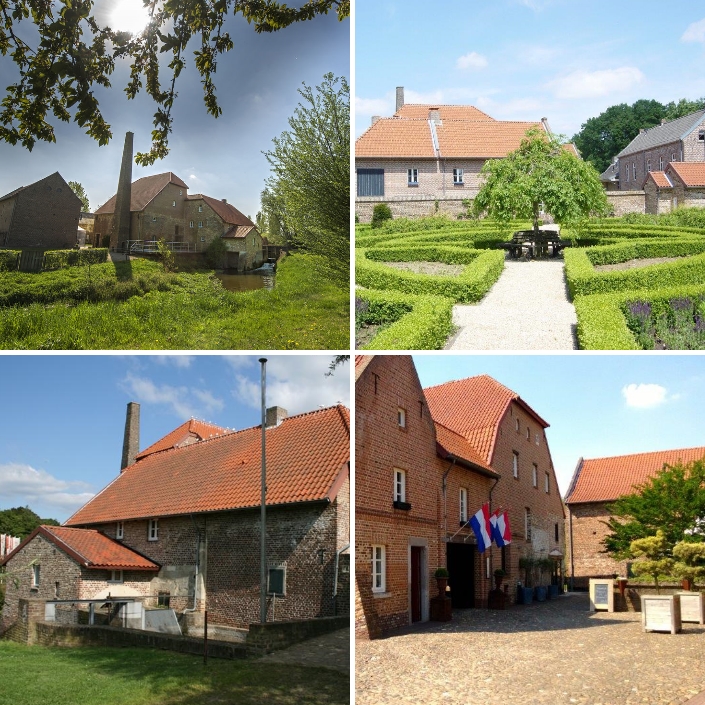 Kasteel Limbricht (Castle Limbricht) has a long history going back to the 10th century, most likely starting with a wooden fortress that was replaced by a stone building at a later date. Excavations have revealed a keep, known as a fortified tower, dating back to the twelfth century. Castle Limbricht was also the site of a law court, the very same that held the last witch trials in the Netherlands, in 1674. Currently, pleasure seekers flock to Castle Limbricht to relive history and eat great food. At the heart of the castle is Het Proeflokaal (the tasting hall), where history is truly written into the walls. This history complements the experience of sampling the rich gourmet menu. To create their richly flavoured dishes, Castle Limbricht’s kitchen and butcher use fresh and local produce as well as herbs and vegetables grown on the castle grounds. The terrace in the courtyard is the perfect stopping place for hikers and cyclists enjoying the area. 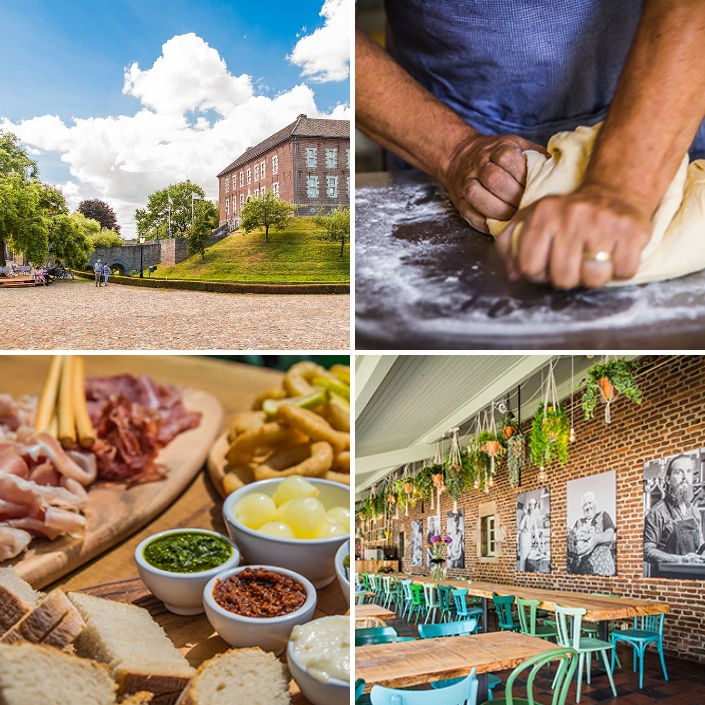 The gothic Sint Salviuskerkje (St. Salvius Church) is just a short walk away from Castle Limbricht. It appears to be plucked straight out of a fairy tale. The history of this church date back to the late tenth century or early eleventh century. Wall murals were discovered in the choir during renovations between 1977 and 1984. These are the oldest wall paintings ever found in a village church in the Netherlands, dating from around 1300, and can currently be viewed by visitors. The church can be visited on Easter Monday and every first Sunday of May, June, July, August, and September from 2:00 PM to 5:00 PM. You can also arrange a private visit with a tour guide. 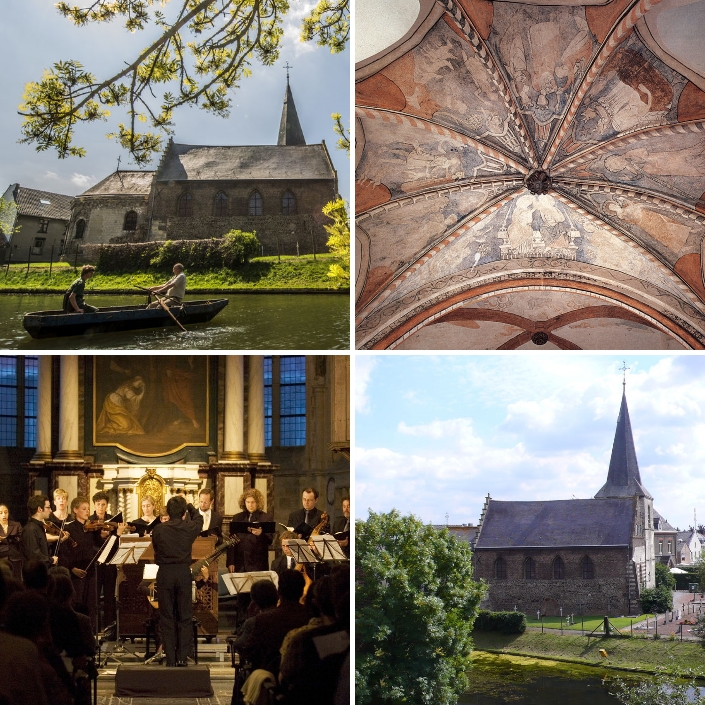 Kasteelruïne Born (Ruins of the castle in Born)

The first reference to a castle in Born dates from 1150, stating that the castle was located in the immediate vicinity of the present ruin. In the early seventeenth century, the fortress fell into disrepair, after which the De Leerodt family started building a new castle. It went up in flames in 1930, when the Barbou van Roosteren family were still using it as their home. In the castle's glory days, the verdant castle grounds included a vegetable garden, meadows, and a pleasure garden of park-like proportions. The gardens surrounding the ruins now host a beautiful animal park. You can spot many animals in Castle Park Born, such as alpacas, Greater rhea, predators, and monkeys. A large playground is located in the centre of the park, where children can play while their parents take in the surroundings. For years, Castle Park Born has been a fixture in The Royal Dutch Touring Club’s (ANWB) top three family outings in Limburg. 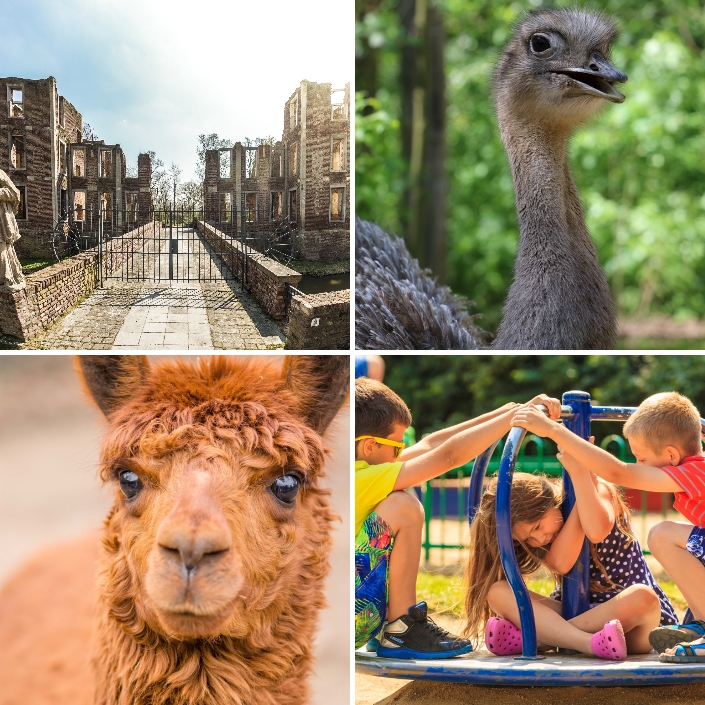 This building has style! Kasteel Obbicht (Castle Obbicht) was built in 1780 on the site of a medieval fortress. The castle has a unique central structure due to its octagonal shape. Its moat is also unusual, in that it is fed by the water of the Kingbeek. A paper mill, dating back to 1699, once stood at the place where the water of the moat flows back into the Kingbeek. This mill was the birthplace of Pieter Ecrevisse, a famous local author. After a devastating fire in 1954, the castle was comprehensively restored in 1988, thanks to the dedication of the current inhabitants. 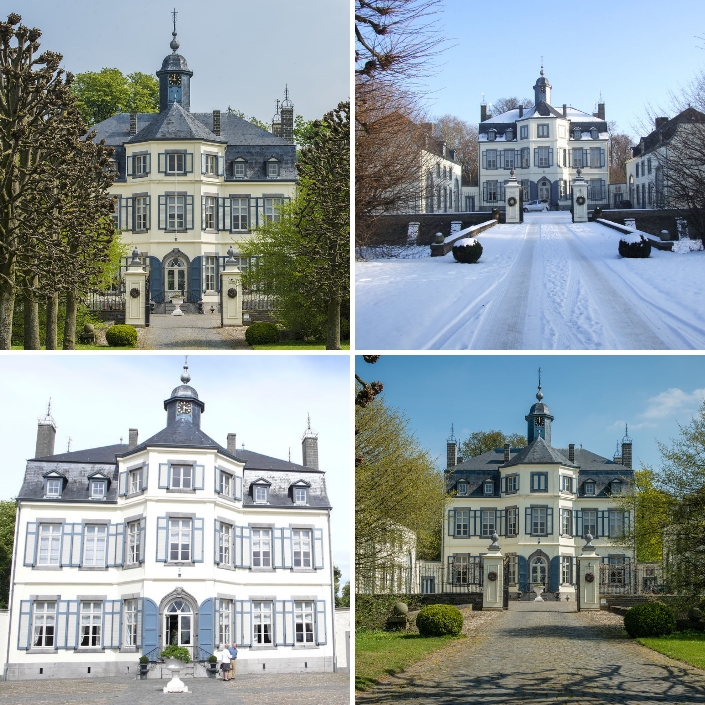 Sint-Janskluis (St. John's Vault) in Geleen dates back to 1699. After its most recent restoration in 1985, St. John's Vault was reopened as a prayer chapel that can be used for baptismal or anniversary services. The building is also used several times per year as an exhibition space or as a small concert venue. St. John's Vault can be hired for many activities, as long as they adhere to the spirit of the building. 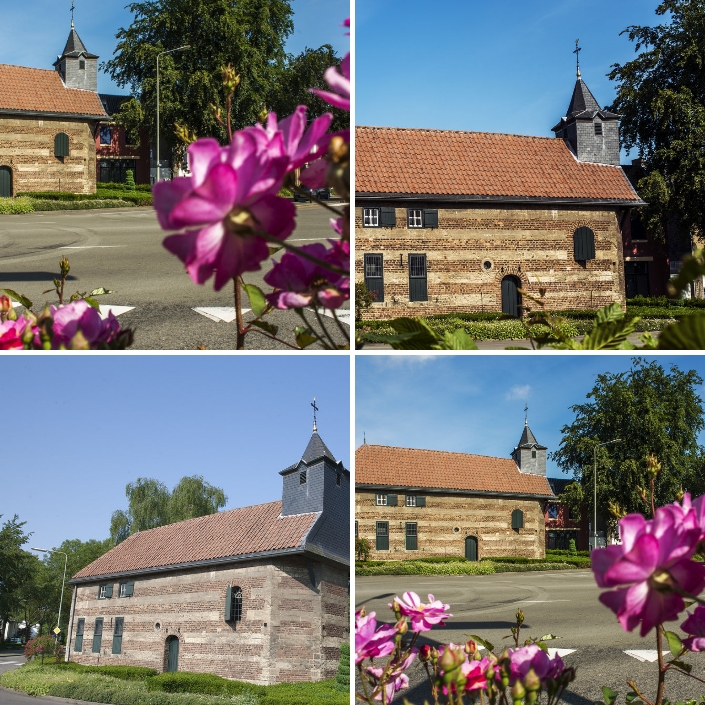 Klooster Abshoven (Abshoven Monastery) was built in 1717 as a farmhouse. The surrounding area came to be known as 'Abshoven'. At the beginning of the twentieth century, the abbey farmhouse grew into a fully fledged monastery. Beginning in 1901, the imposing building also housed a convent with an orphanage, known as Huize Abshoven. In 1995, the building was destroyed in a fire after being left vacant for years. Subsequently, the monastery fell into disrepair, but since then the exterior of the chapel and monastery have been fully restored. Since June 2014, life has returned to this historic building, and the monastery church has been transformed into the charming Brasserie Abshoven. 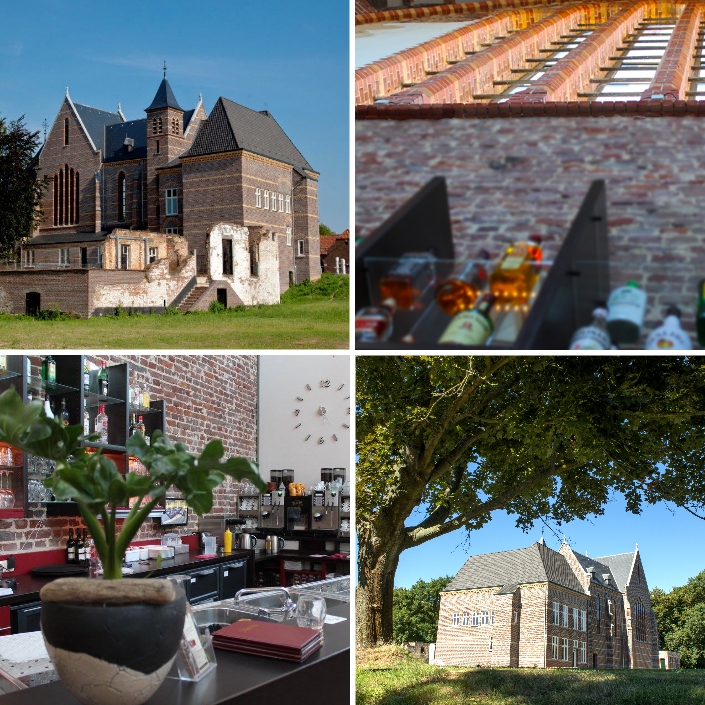 The site in Munstergeleen is home to a beautiful barn and is also the birthplace of St. Charles of Mount Argus. In 1954, the barn at Charles’s birthplace (next to the Geleen brook) was converted into a chapel. People come to the chapel to light a candle or say a prayer, seeing it as a place where they can find strength and hope. Father Charles was canonized on 3 June 2007 by Pope Benedict XVI for his rich past o performing miracles. In 2012, a contemporary annex was added, containing a museum and gift shop with religious items. The shop is open Tuesdays to Sundays from 2:00 PM to 5:00 PM.